The Importance of Energy Independence 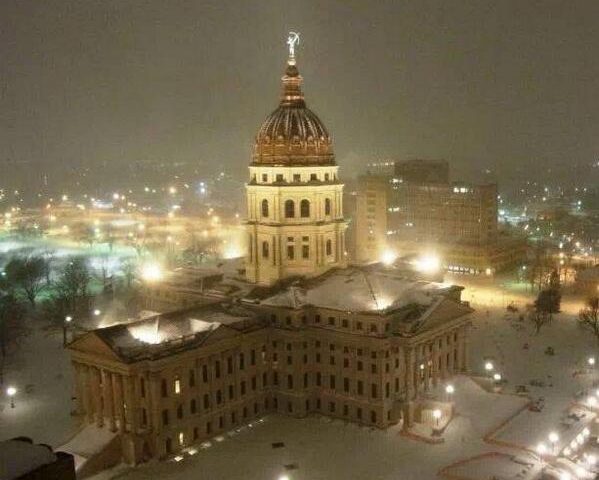 Opinion Editorial Written by CSA Director Edward Cross that appeared in the October 19th Kansas City Star
We stand at a critical juncture in the life of our nation and our state. We face what could be a very consequential election cycle. In addition, uncertainties in energy market dynamics create challenges for companies and citizens. Such developments have a profound impact on every American citizen.

Due to political agendas targeting oil and natural gas production, federal and state debate over taxes, regulatory issues, and energy policy often puts the oil and gas industry in the crosshairs. Also, small vocal groups of activists across Kansas and the nation continue to work to obstruct energy development under a false belief that oil and gas production and use are incompatible with environmental progress. Mischaracterizing oil and gas activity has been and continues to be a common practice and strategy for these groups.

Increasing taxes and regulations results in fewer jobs because businesses spend their resources on tax burdens and regulatory compliance instead of job creation. When tax expenditures and regulatory costs increase more than the real economy, the results are destructive to economic growth.

Trump administration energy policies have given our economy a substantial boost by encouraging, rather than blocking, the development of America’s vast energy resources, and by stopping the propagation of unnecessary and endless regulations that burden businesses. As a result, the economy is in a sweet spot with steady growth and broad improvement in the labor market. Going forward, the Trump administration has proposed a number of revised regulations that favors President Trump’s energy dominance agenda over duplicative and punishing regulations.

The oil and natural gas industry can be part of the solution to our nation’s energy policy challenges. As a result of America’s unique private property and free market system, our nation’s energy landscape has dramatically improved; we’ve gone from scarcity to abundance. Entrepreneurs in the private sector and smart, state-led policies have created and will continue to drive American energy leadership. And no state is a better example of what good energy policy can mean than Kansas.

For decades Kansas has been at the forefront of all aspects of the American energy sector and continues to be a leader. The men and women of Kansas have long demonstrated that developing energy resources that promote economic growth need not come at the expense of the state’s stunning beauty, delicate ecosystems, and other natural resources.

I think lawmakers and regulators in Washington could learn much from how Kansas’ oil and natural gas industry, state regulators, and Kansans from every part of the state work together to create energy policies that encourage safe and responsible energy development, protect the environment, and provide economic growth.

In a political climate rife with hyperbolic rhetoric, unsubstantiated claims, and naïve pleas to keep it in the ground calling oil the “fuel of the past”, the choices for the American people are becoming clear. To the American worker, oil seems very much a fuel of the present and of the foreseeable future.

American energy policy is not a Republican issue or a Democrat issue. It is an American prosperity and leadership issue. The American people want, expect, and deserve elected leaders who will place what’s best for our state and nation’s economy and energy future above partisan ideology and political posturing.

I strongly believe that the American people need and want moral, intellectual, and strategic clarity and courage from our policymakers.

As we look ahead, energy policy discussions should focus on facts and reality, not political ideology and hyperbole. At a time when energy and the economy are two of the most important issues facing everyday citizens, Americans are beginning to realize that we need energy policies based on science, the free market, and entrepreneurial spirit. Those who act on our behalf at all levels of government would be wise to use those principles as the foundation for energy policy decisions. We must make it clear to our elected leaders that energy policy should not be a partisan talking point because it is too important and fundamental to our way of life.

Policymakers at all levels should pursue energy policies that drive economic growth, lower costs for consumers, protect the environment, increase American competitiveness, and use our considerable energy resources as a way to lift people up. Future generations are looking to us to get our nation’s energy policy right.